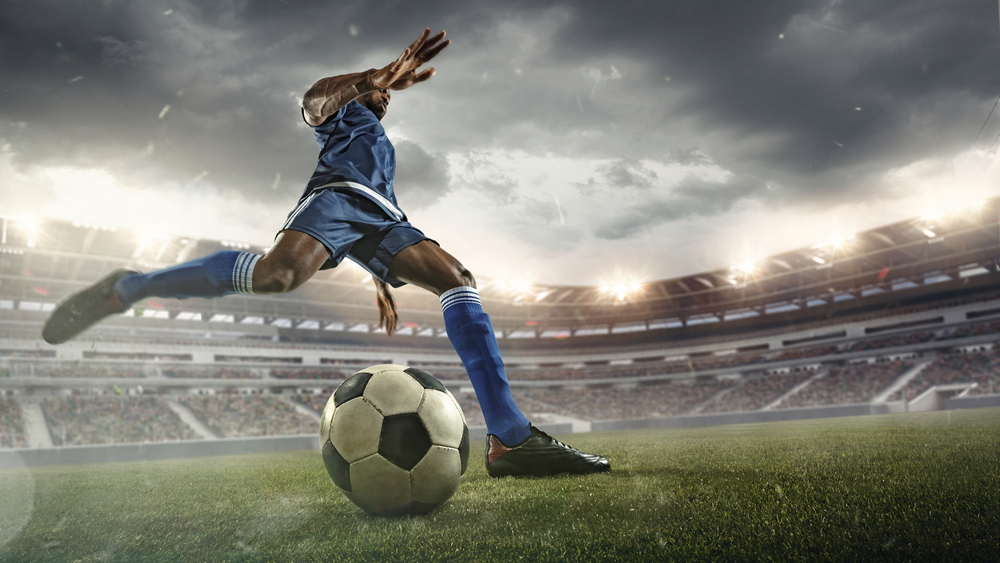 We’re delighted to announce that Sapphire has recently sponsored CALM84 Crewe football club with their new training kit. CALM84 FC Crewe is a charity-based football team in Crewe that supports many mental health charities as well as raising funds for lots of other charities close to the hearts of the players. 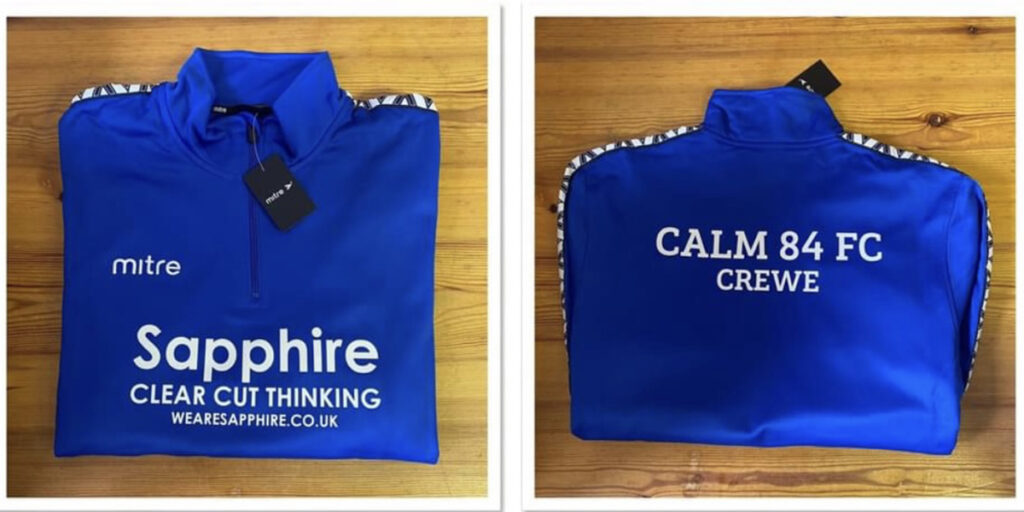 To date, they have raised over £2500 for the Ashton Hulme Foundation and the Ronald McDonald House based at Alder Hey hospital in Liverpool. This amount is down to the hard work and goodwill of both the players and their supporters. To continue this, the club was looking for a sponsor ahead of the new football season. With one of the CALM84 FC players knowing our Director Anthony Stevens personally, we were delighted to help them raise much-needed funds for many local and national charities.

Earlier this month, they travelled to Nottingham to take part in a national tournament that featured several ex-football professionals, soap, and reality TV stars. The main aim of this tournament was to raise funds for the NHS and they have managed to raise over £11,000, with £1000 of that being raised by CALM84 FC Crewe. All match fees and transport costs were covered by the team.

Alongside the tournament, a number of the team will soon be completing various challenges (Crewe to Llandudno bike ride and several distance running events) and have recently claimed Mount Snowdon too.

Calm84 FC is about more than just football. It’s about helping people come together to prevent depression and anxiety, reduce social exclusion, and encourage positive mental health and well-being through sporting activities.

We’re delighted to be supporting a local sports team that are passionate about raising money for good causes, especially mental health awareness and suicide prevention. We hope our support can push the lads on to raising plenty more for these worthy causes as well as looking the part on their travels!

Back to news page